The Pink Box (of Solidarity)

We named it “Pink Box”, because pink was, accidentally, the color of the box in which the first contributions were gathered, because later we thought that pink is a color that rimes with childhood, love, innocence and carefreeness and, last but not least, because… we liked it: It’s the open moneybox which we, in the Athens State Orchestra, created together with the Fluxum Foundation and the Flux Laboratory, binding a collaboration which, aiming at the offer of some, even small, assistance to the refugees, started a few months ago with the Immigrant Project, but in no case ended then.
Thus, the next step of our cultural synergy will take place during this period: Taking advantage of the first revenue gathered in our “Pink Box”, music ensembles of the Athens State Orchestra will be visiting schools of Attica region hosting young refugees, so as to give mini concerts and music workshops. Besides, Music is a magical “Esperanto”, a common language which is not subject to separations and barriers of any kind. Musical contribution, listening and performing is a way of communication more than direct; it’s genuine and free. Only a few notes are enough to turn Greek kids and Refugee kids, under the same baton and the same scores, in one soul, one coordinated breath. This is what we want. To offer the most direct bridge of communication and delight and, perhaps, to add a tiny link to the big chain of Solidarity and Hope. 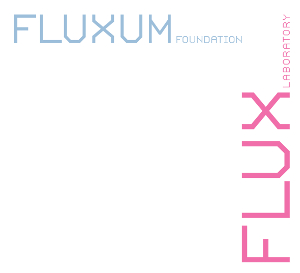 Let us remind that the first contribution for our “Pink Box” came from the revenue of the event we organized in collaboration with the Fluxum Foundation and the Flux Laboratory on November 27th, at the Athens Concert Hall. There was a projection of Charlie Chaplin’s movie “The Immigrant”, accompanied by the original music of the Greek-French composer Stefanos Tsapis, interpreted by the Athens State Orchestra with the participation of the first students of the recently founded Young Musicians’ Academy of the Athens State Orchestra as well as of a Jazz ensemble (Dimitris Tsakas-saxophone, Dimitris Korontzis-electric guitar, Marc Buronfosse-electric bass and Arnaud Biscay- drums). Prior to this event, one of our music ensembles had visited the Refugee Reception Center in Lavrio and gave a concert for, but also with children hosted there. In the afternoon of the very same day, Charlie Chaplin’s film “The Immigrant” was projected, under the same musical “conditions”, at the Lavrion Technological and Cultural Park where refugees’ families were invited.
The essence of the experience gained from this co-organization was so touching for all of us that we decided to “turn on official” our cultural synergy with the Fluxum Foundation and the Flux Laboratory, planning much more to come besides our visits to schools…
May we have a nice trip!
> PRINT PAGE > SEND TO FRIEND