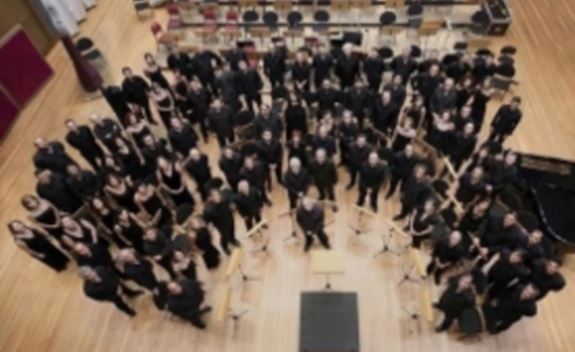 The Athens State Orchestra is announcing a competition to fill twelve (12) vacancies of permanent artistic personnel. Applications must be submitted from February 8th, 2018 to March 9th, 2018.

The twelve (12) vacancies of permanent artistic personnel are the following:


Candidates must comply with the following criteria:

2. The must have completed their 21st year of age or, in the case of musicians of acknowledged talent, their 15th accordingly.

3. They must be physically suitable to undertake the duties that come with the position for which they are applying, according to the Greek legislation.

5. They must hold a diploma or degree in their instrument issued by a certified institution of musical education in Greece or an equivalent diploma by an educational institution abroad.

The competitions will take place in Athens, in the rehearsal hall of the Athens State Orchestra in the Megaron – the Athens Concert Hall.

The starting date for the competitions is March 17th, 2018. For the schedule for the auditions, click here.

Candidates must submit their signed application until March 9th, 2018, in a special application form, either themselves at the administration offices of the Athens State Orchestra (Vassilissis Sofias & Kokkali 1, 11521, Athens) or by registered post with a sender’s receipt, or by email sent to papostolidis@koa.gr.

Candidates must attach to their application a Curriculum Vitae as well as every other document which could contribute to depict their artistic personality and capability.

The validation of this quality will be decided by the Committee of the competition, appointed according to the Law. The Committee, after having examined the relative documents of each candidate of this category (acknowledged talent), will approve the existence of evidence constituting the acknowledged musical talent and will allow to these candidates to participate in the competition.

Candidates of this category who will not attach relative documents to the application for the competition will not be allowed to claim this quality (acknowledged talent) in any later stage.

The examination of the candidates takes place in front of the Committee, without the presence of an audience. Only the presence of Musicians of the Athens State Orchestra and of the same family of instruments with the one in examination is allowed, according to the Greek Legislation.

The lists of successful candidates, by category and instrument, will include an amount of successful candidates equal to the amount of the announced vacancies and will be nailed in the office and on the announcement board of the Athens State Orchestra, in the presence of two (2) employees; relative reports will be redacted, and thereafter sent to the Direction of Administration and Development of Human Resources of the Ministry of Culture and Sports.

Successful candidates will be requested in writing by the Direction of Administration and Development of Human Resources of the Ministry of Culture and Sports to submit all legal documents.


From the Management of the Athens State Orchestra