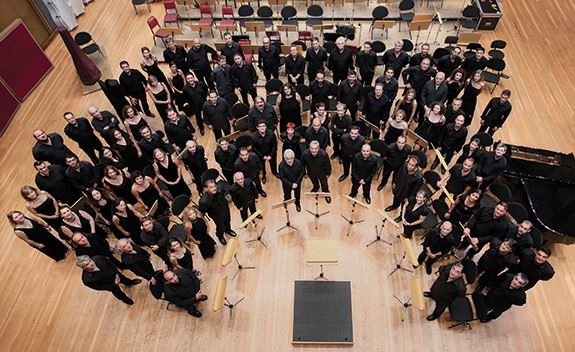 Audition for a Principal B' in Trombones

The Athens State Orchestra is proclaiming an audition in order to cover the position of a Principal B’ in the family of Trombones (tenor trombone with obligation to bass), for a six-month contract with the possibility of renewal.

This engagement complies with the regulations of the current Greek legislation (see page in Greek for details).

The audition will take place in the rehearsal hall of the Athens State Orchestra (Megaron – the Athens Concert Hall) on Wednesday, December 6th, 2017 at 15:00 (a detailed program of the audition will be announced after the end of application submission).

They will also be examined in chosen excerpts from orchestral pieces, copies of which will be available for the candidates at the administration offices of the Athens State Orchestra from Monday, November 20th, 2017. You may also download the same documents by clicking the following links:
1) Tenor trombone
2) Bass trombone

Each candidate should provide his or her piano accompaniment. Applications, accompanied by a brief CV, must be submitted until Friday December 1st, 2017, either at the administration offices of the Athens State Orchestra (Vassilissis Sofias & Kokkali 1, 11521, Athens) or by email to the address (papostolidis@koa.gr).

You can download the application form (in Greek) here.
> PRINT PAGE > SEND TO FRIEND