The creative work of Iannis Xenakis left an indelible mark on the musical avant-garde of the latter half of the 20th century. One hundred years after his birth, the dynamic maestro Nikos Vasiliou honours the memory of the composer who transubstantiated his mathematical and architectural knowledge into truly novel, imaginative music. The concert presents two well-known symphonic works by Xenakis along with the Oiseaux exotiques by his mentor in Paris, Olivier Messiaen, and a work by the French avant-garde composer, Edgard Varèse. The guitarist Costas Cotsiolis brings the concert to a close with the sensual concerto by his great fellow guitarist, Leo Brouwer.

Offrandes for soprano and chamber orchestra

Athanassios Fokas, Dr and Academician, will present the link between Xenakis’ work and mathematics.

"Metallon", the prolific brass and percussion ensemble, performs some of Nino Rota's best-loved melodies from movies that… 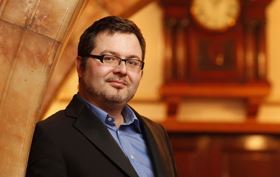 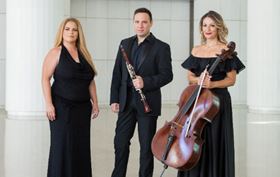 Unlike Brahms' Trio, which is among that composer's final works, Beethoven's Trio is a youthful work. Both pieces put the…