Vladimir Ashkenazi's recent decision to withdraw from the active concert action, has been known to the world's audience with sadness and emotion. The active Belarusian conductor Vyatcheslav Volich, first conductor of the Odessa National Academic Opera will be standing at the podium of the Athens State Orchestra during this concert. He will be conducting Dvorak's famous New World Symphony and collaborating in Beethoven's Violin Concerto no. 1 with the talented Fil (Triantafyllos) Liotis, who has already embarked on a glittering international career.

During his recent appearances in Athens, the German conductor Frank Beerman impressed with the freshness of his musical vi… 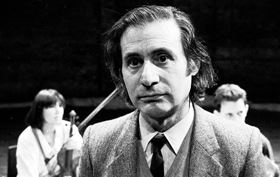 Musical promenades at the Museums - Connections

Great art can address the 'hardest’, 'deepest’ things in a very simple way... One of the sacred minimalist’s most emblemat…

In Beethoven’s humanistic world, there is no separating faith in God from faith in Man. The struggle with the concept of t…